ICARUS is designed to greatly improve Instrumented Flight Rules (IFR) training fidelity by taking view-limiting devices into the modern age. ICARUS restricts a pilot’s view outside the cockpit, and is capable of simulating varying levels of visual conditions, providing pilot instructors with greater control over the visual environment. This new capability allows instructors to simulate flight scenarios that were previously left to the imagination. Innovative modern materials allow ICARUS to simulate visual flight into instrument conditions. Traditional approaches including foggles and hoods are unable to simulate the surprise of entry which makes the phenomenon so deadly because they must be taken on or off to achieve transient effects. Many have tried to solve the problem with better aircraft, while ICARUS allows pilots to be better prepared.

to promote and further develop the technology from a beta version into an operational ready device for military and civilian use. 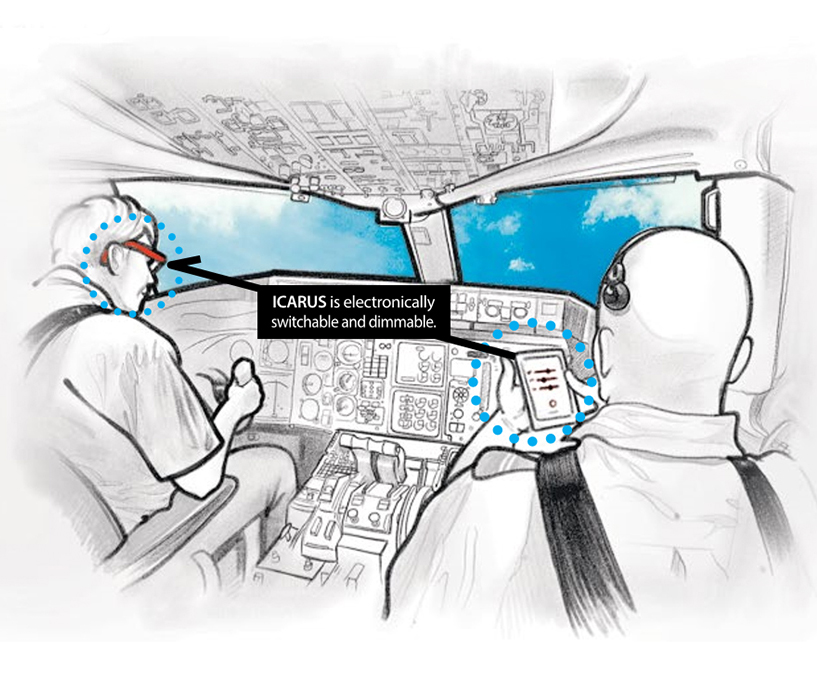 Instrument Meteorological Conditions (IMC) is an aviation flight category that describes weather conditions that require pilots to fly primarily by reference to instruments, and therefore under IFR, rather than by outside visual references under Visual Flight Rules (VFR). Typically, this means flying in cloud or bad weather, and is simulated in training through the use of opaque glasses or hoods.